Well, every good thing comes to an end, and I am firmly settled back in the land of the USA, the city of New York, the supposed “center of the world” or so it deems itself. For me, of course, this phrase does not ring true. The only real center of the world is Jerusalem, the City of Gold, the City of G-d, the Holy City, you name it.

I flew home just in time for Tish’a b’Av, the day of utmost mourning in the Jewish tradition. This was quite fitting for me as I was mourning my departure from the Holy land, picturing the streets of Jerusalem in my head, again and again, cherishing the last smells of lavender and rosemary, hearing the sounds of prayer by The Wall in the descending golden light of Jerusalem sunset. 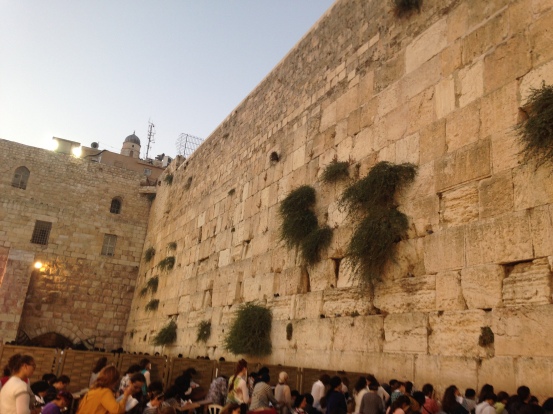 One of my last days at Pardes, we had a pseudo-Shabbat Tisch with Rabbi Mike on a weekday. This was an amazing gathering – people, so different from each other as planets in the night sky, with views, diametrically opposing, sang, drank, noshed, told stories together. This, to me, is one of the most valuable things at Pardes – being in a roomful of people including those that I would never come close to and being able to listen to each other’s voices and opinions without trying to shut each other down as we, sadly so often do in our everyday lives. 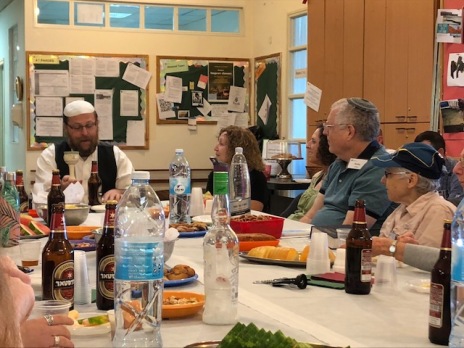 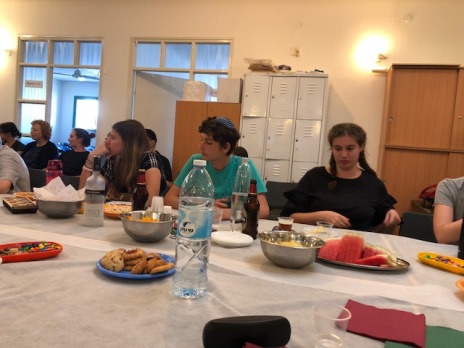 Mike is interesting, engaging, a person who teaches the philosophy of Rav Kook and sings Hasidic niggunim, a writer, who brings you to the world of prophets, and a father of five! I read the book co-authored by him during my Shabbat rest in Jerusalem and on the plane flying back. This is my kind of book – fiction based on Biblical history. I really can’t wait for part 2.

The prophets bring me back to here and now, to a Shabbat, called Nachamu  – after the words of prophet Isaiah:

I am thinking – why did he say “your G-d”? Why not just G-d, as He is the G-d of the whole world? Is that because the prophet wanted to make sure that people that suffered so much, lost everything and everyone around them, reduced to rubble and shame, still knew that there is a G-d that is calling them “My nation”? Sometimes, our ears are so clogged with the cries of pain or anguish, ours or our fellow humans, that we forget that there indeed is “our G-d” always among us.

Rabbi Shimon bar Yochai [the author of the “Zohar“] taught: “Come and see how beloved is Israel to the Holy One, the Source of all blessing. Wherever Israel went into exile, the Shechina went along into exile. They went to exile to Egypt, the Shechina went with them as it is written, Did I not appear to your ancestor’s family when they were in Egypt [enslaved] to the house of Pharaoh (Samuel 1. 2:27). They went to Babylon in exile and the Shechina went with them, as it is written, because of you I was sent to Babylon (Isaiah 43:14). And when they will eventually be redeemed, the Shechina will be redeemed along with them, as it is written, Then the Lord your God will bring back your captivity and have mercy upon you (Deut. 30:3). The verb used in the verse is not veheshiv, the proper grammatical way to express bringing back someone else in Hebrew, but veshov which expresses the idea of returning oneself; to teach you that God Himself returns along with Israel from its exiles. (Talmud, Megilah, 29a)”


I can never compare, of course, the plight of the people desperate after the Destruction. Yet, my mind keeps coming back to those stones around the Temple Mount, where I yet have the guts to go up. I can almost see the scenes changing from the ones filled with laughter and joy to wailing and moaning. We are not yet ready to baselessly love each other, I know. But let us try to at least pause for a moment before we start bashing each other on social media, in the subway and everywhere else. The world seems so shattered right now that even if we bring only two people together, we are trying hard, and it counts.