Today, 11th of Nissan marks the end of an era for me. Today is the last day of the kaddish for my father, Shimon ben Nachum z’l. Had it been just yesterday when I started? Or ages ago? 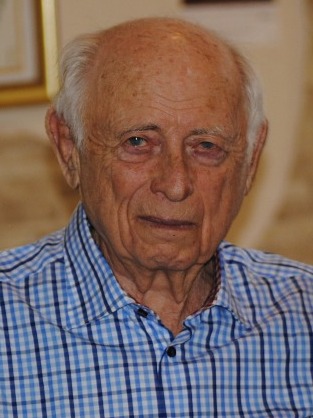 Today I am looking back to my short runs to the huge historical shul near my work with a minyan (or more like 5) always present, any day, any weather, anything going around.  These men, very different from each other, from young boys in short-sleeved shirts to the old ones, always wearing a gartel and a shtreimel,  showed me more than just the remarkable speed they can daven with. They showed me determination – like an elderly skinny gentleman whose upper body is almost parallel to the ground, and it’s hard to walk for him slowly making his steps. Nevertheless, every day he walks to and from the shul, and I think how can he even get to work, let alone spend extra 5? 10? 15? minutes dragging his feet. Surely, I didn’t ask, but his resolve made a great example for me.

They gave me a healthy dose of humility, making me understand with clarity how many things I do not know, and how endless is the road to Jewish knowledge.

They showed me courage, like those very frail ones that get to the cantor’s place to pray on a yahrtzeit or another specific occasion called in by the gabbai. I noticed two there, one small man that is 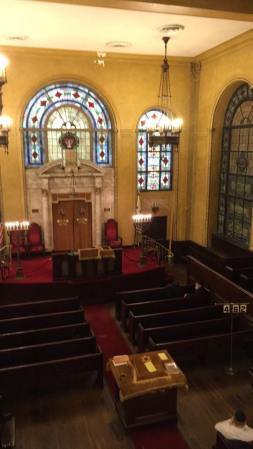 teaching a 5-minute shiur before every service. Sometimes I see how he is running to the shul to be on time. Never walks – runs, eager to share his knowledge with his fellow men. I met him once, on Shabbat in my own Brooklyn neighborhood, “the simple baal a bait in his own eyes. The other, a Sephardi man, I think, collects the tzedakah for the shul that needs not singles but millions to renovate once most beautiful sanctuary. As soon as Kedusha ends, he is going around the congregation several times hoping that one extra dollar or even a coin will end up in the metal cup. I hate the sound and am always annoyed at collecting during prayer, but I came to understand that this is the only chance he gets at collecting from people, most of whom will run out the minute the last sounds of prayer die out. They need to make these dollars in the offices and stores around the shul.

He also reads Psalms beautifully, starting with my favorite 121:

This is the only one I still quietly join in while making my way out.

The first weeks of attending the shul every workday, I was constantly thinking about the irony of the fact that my non-observant dad, who entered the shul, maybe, 3-4 times in his life because of me, inadvertently made me more diligent toward prayer. Rain or shine, I was going to join these men in praising Gd. Sometimes with tears in my eyes, sometimes smiling while thinking of his attitude toward religion. Unlike my mother, who thinks that anything defying logic can not, possibly, exist, my father was “neutral” on the subject. He was never against my “crazy” way of life, just concerned that I wouldn’t inconvenience my mother, who was taking things much harder. He was always saying that he was too old to change his ways, yet made it a point to tell any new acquaintance of his meeting me for the first time “She is totally observant, Shabbat, kashrut, everything! She is not going to shake your hand!” There was a strange note of pride in his tone. Like I was doing something he always wanted me too. Maybe, I am just imagining things.

He did reminisce sometimes about the times that he was sent to a shoichet as a boy with a chicken for his grandparents since they were kosher. “If there was nothing to eat, they’d put home-made bread pieces into a bowl of home-made wine and ate it”, he’d say. My great-grandparents, whom I never got to see. The good thing is that they both merited to die naturally before the majority of my extended family perished near the shtetl they all lived in. I wish I knew more about all of them, but no one ever talked of horrors in my family until the very end. I wish I knew more.

My dad, the man with the warmest hands and equally warm smile in his blue-to-the-end eyes, was always big, strong, smart and powerful. Almost until the end, when he weighed less than me, I am sure. Ever since his passing, I cannot look at the elderly with the same eyes. Every time I am in a doctor’s office, I look at the people waiting, wondering how are they getting through this life? What suffering brought them here, do they have any hope? Are they taken 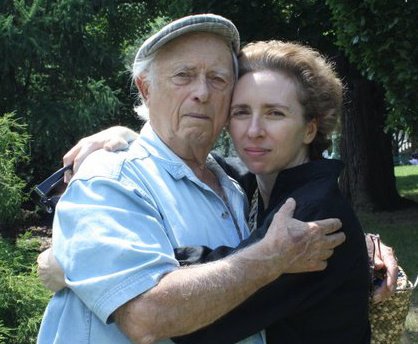 care of? By close ones, or an impersonal social worker?

I was not a bad daughter, but how many things and words I would have liked to change now. How many times I should have listed to him, not knowing English advising me which road to take over the GPS advice. Funny, he was always right in the end.

I also just realized that it’s right before Pesach, which to me means that, hopefully, my father’s soul is now free to ascend the heavenly road to the Most High. His life was not at all easy, and he deserves the rest and the light of the eternity.

I do understand that everybody goes one day. Only Gd Almighty knows when:

All I hope is that these 11 months I was able to bring your soul just a little closer to the final resting place full of His light.

You are always with me, dad.